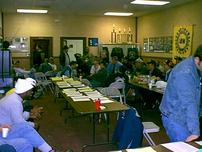 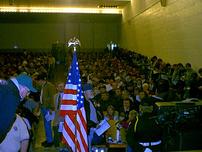 In June 1989 the employees at the Freightliner Truck Manufacturing Plant in Mount Holly, North Carolina kicked off a full fledged union drive with the UAW. We had a core group of people who started the drive which very quickly grew into a substantial number. By August 1989 we were passing out cards to be signed to petition the NLRB for a vote for the union. On April 16,1990 an election was held at the Freightliner Truck Manufacturing Plant and there was 1350 people eligible to vote. The vote turned out 652 for the right to be represented by the UAW. The no vote was 606 against a union. After the vote many more membership cards were signed of people joining the union.

When negotiations began our membership had grown considerately and when a vote to strike was taken on April 13,1991 it turned out 92% to strike. What was better than that was that we had 92% of support from our members and we were United. After many months of intense negotiations and seventeen days of strike, Freightliner and UAW Local 5285 reached an agreement on December 19,1991. On December 20, 1991 there was a vote by the membership to ratify the agreement. The vote was 99% to ratify and we got our first contract. 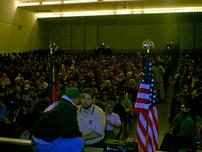 Events as they happened:

December 19,1991        Agreement reached between Freightliner and the UAW

December 20,1991        Agreement was ratified and first contract was accomplished 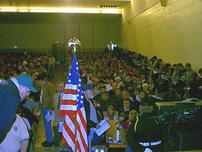